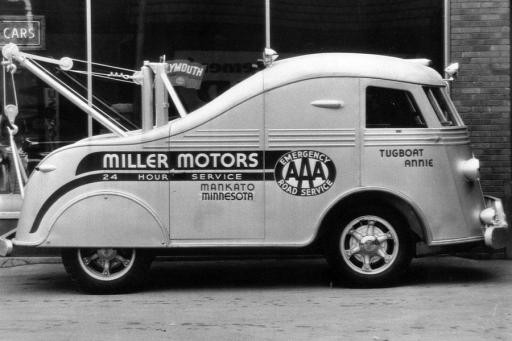 AAA was originally founded in 1922 under the name Rocky Mountain Motorists. As more and more Coloradans turned to cars as their primary means of transportation in those years, it became clear that Colorado’s roads weren’t up to snuff. There were only two paved highways in the state: one from Denver to Morrison and one running part of the way from Denver to Greeley. Colorado's other roads were dusty in the dry season and bottomless mud pits after heavy rains.

One of AAA first projects was donating more than 2,000 highway signs to the state. From there, AAA worked to increase investments in Colorado’s transportation infrastructure, including paved roads. The club also numbered Colorado’s first highways -- a numbering system still in use today.

Rocky Mountain Motorists became part of AAA in 1924, a little more than 20 years after the association was created in in Chicago in 1902 by nine American motoring clubs. At that point, AAA had 1,500 members.

Since AAA's founding, the not-for-profit, fully tax-paying AAA has been a leader and advocate for the safety and security of all travelers. Over the years, AAA has become recognized as:

Learn More about AAA Request a Donation Sustainability at AAA

Want to start a career with AAA?See current opportunities