Welcome to Life in Colorado!

As Coloradans, we get to see some pretty unique things in our great state:

All of these things make it important for AAA to be there when you need us most.

Contact us today and see how you can save up to 25% on auto insurance and up to 25% on home insurance when you bundle. Plus, save an average of $393/year by switching to AAA Insurance!*

Fill out the form and an expert, local agent will reach out to you shortly. 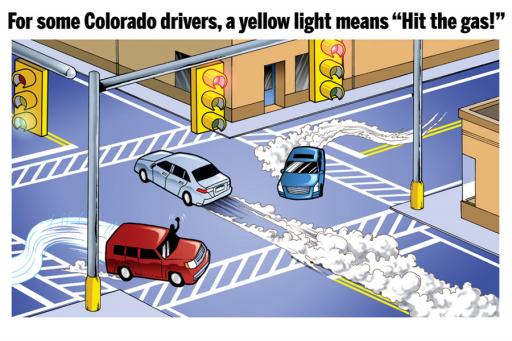 According to CarInsuranceComparison.com, Colorado was listed in the top-10 states with the most dangerous drivers in 2020 for the first time.

For some reason, this is an all too common theme in our state... rushing through a yellow light to only miss it and end up running a red light. Make sure you have the right insurance to cover you for these "need for speed" drivers.

We keep you covered... whether it's a red light runner or another dangerous driver. 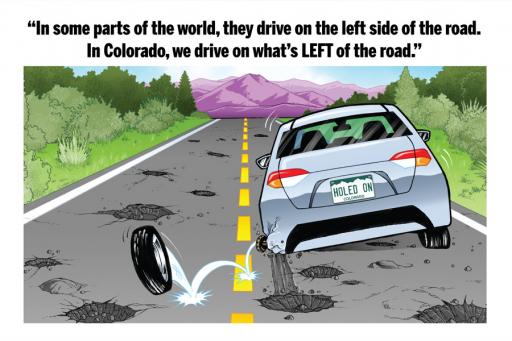 AAA has researched that potholes have cost Americans more than $3 billion each year.

Getting the right coverage for your vehicle will ensure you're covered for unexpected potholes that get in your way on our roads.

We keep you covered... whether it's potholes or runaway tires. 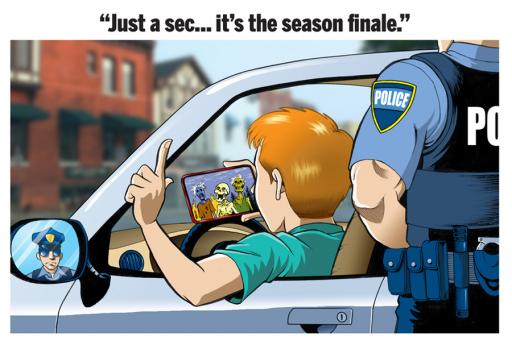 The Colorado Department of Transportation has stated that state troopers have ticketed Colorado drivers for binge-watching TV shows behind the wheel.

Can you imagine?! Make sure you are protected against underinsured or uninsured motorists. We keep you covered... whether it's binge-watchers or other distracted drivers. 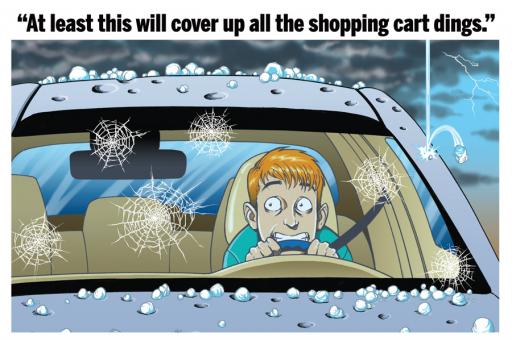 According to the National Insurance Crime Bureau, from 2016-2018, Colorado recorded the second-most number of hail damage claims in the country.

Also, did you know? A hail stone that fell to the ground outside of Bethune, Colorado, on August 14, 2019, set a record for the largest in the state according to the National Weather Service. The stone measured over four inches in diameter and a twelve-inch circumference, which is bigger than a softball.

*Average savings of $393 on auto insurance based on calculations made by the J.D. Power “2017-2019 Insurance Shopping Study” as of April 2019. Auto and Home insurance provided by CSAA Insurance Group, a AAA Insurer. Discounts vary based upon eligibility. Discounts not cumulative. Coverage varies based upon policy provisions.