AAA forecasts summer national gas price average to drop to $2.70 – with Colorado to hover slightly above that. 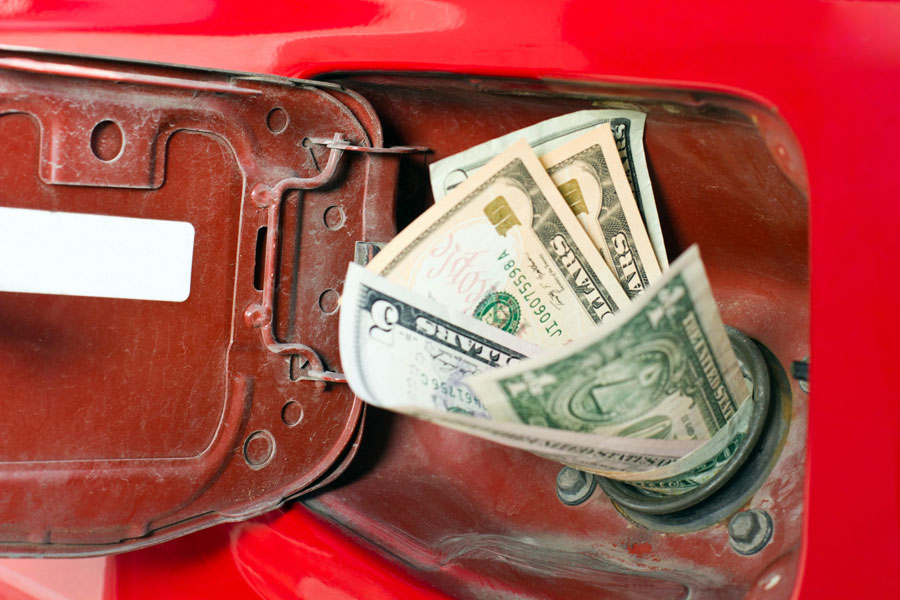 DENVER (June 6, 2019)  – When it comes to filling up at the pump, how much is too much to pay? Per new research from AAA, Americans are widely changing their perception of what they consider to be "too expensive." According to AAA's 2019 Gas Price survey, 50 percent of consumers think paying $3 per gallon is too high – an increase of 30-cents from last year when half of all consumers reported that $2.70 was too much. Notably, 2019's price point is up 50 cents from 2016, when half of consumers thought $2.50 was too expensive for a gallon of gas. All told, with gas price sensitivity lowering consistently over the past three years, Americans are numbing to pain at the pump.

Price 50% of consumers consider to be "too high"

"Plain and simple, Americans are just getting used to paying a little more for gas – and, with rising wages, they believe they can afford the expense," said AAA Colorado spokesman Skyler McKinley. "The good news for consumers is that the highest prices of the year could be in the rearview mirror. With most refineries operating at normal levels, demand at robust rates, and cheaper crude oil prices, summer gas prices are poised to be a little less than last year – dropping as much as a dime from where they stand today."

Despite their overall increased tolerance for higher gas prices, 74 percent of Americans will make certain lifestyle changes to offset the increases they see at the pump. Of those, nearly a quarter (24 percent) say $2.75 – a price consumers will likely see at the pump this summer – is the price that would push them to change habits or choices, including:

Crude + Demand Factors
The most expensive West Texas Intermediate (WTI) crude prices, which AAA tracks to understand their impact on pump prices, have this year ranged between $65 and $66 per barrel. WTI is currently trading at $51.40, its lowest point since January and markedly cheaper than last summer – when prices ranged between $65 and $73 per barrel. Crude oil prices and domestic gasoline demand historically determine the price Americans pay at the pump in the summer months, a trend continuing through into this summer.

Crude Analysis : The International Energy Agency noted in its May 2019 Oil Markets Report that global crude supply decreased as a result of reduced exports from Canada, Iran, and other major crude exporters. If the Organization of the Petroleum Exporting Countries (OPEC) and its partners, including Russia, decide to extend their current production reduction agreement of 1.2 million barrels per day through the end of 2019, that would further tighten the global crude market – thereby increasing the price of gasoline around the world. It could also entice U.S. crude producers to export more crude, tightening supplies in the U.S. and raising retail prices at home. OPEC and its partners will meet on June 25 and 26 in Vienna, where they are expected to announce if the agreement will remain in effect.

Demand Forecast:  Stateside, demand over the course of this summer will likely reach some of the highest levels ever recorded. Domestic gasoline stocks, meanwhile, are at their lowest level heading into June since 2016. If demand rises while gasoline stocks remain low, pump prices could see modest increases – especially if supply is tight in local markets. On the flip side, if demand falls – as it has in recent weeks due to inclement weather from the Rockies to the Midwest and South – prices will follow. The added threat of a major hurricane making landfall could also impact demand and suppress pump prices.

Hurricanes
In its 2019 Atlantic hurricane season outlook, the National Oceanic and Atmospheric Administration's Climate Prediction Center said that warmer-than-average sea-surface temperatures in the tropical Atlantic Ocean and Caribbean Sea, ongoing El Niño conditions, and an enhanced West African monsoon could produce nine to 15 named storms – including four to eight hurricanes and two to four major  hurricanes. An average hurricane season produces 12 named storms, of which six become hurricanes, including three major hurricanes. The mere threat of a hurricane, especially one that threatens the shutdown of Gulf Coast refineries, can dramatically impact the price of crude and gasoline until normal operations resume.

Rockies Regional Outlook
Motorists in the Rockies region are starting to see gas prices stabilize. On the week, pump price changes were moderate with Wyoming (+2 cents) and Montana (+1 cent) seeing increases while Utah and Idaho saw declines at two cents each. Colorado held steady at $2.86.

Gasoline stocks built by about 300,000 barrels to bump total stocks up to 6.7 million barrels on the week. This was supported by regional refinery utilization hitting 96% – the highest utilization rate for the end of May since 2014 and the highest in the country according to EIA data for the week ending May 24. For motorists, this strong utilization rate could mean gas price stability for at least the coming weeks.

Colorado Gas by the Numbers

More than 685,000 members strong, AAA Colorado is the state's most-trusted advocate for the safety and security of all travelers. As North America's largest motoring and leisure travel organization, AAA provides more than 59 million members with travel, insurance, financial, and automotive-related services - as well as member-exclusive savings. For more information, visit AAA.com.