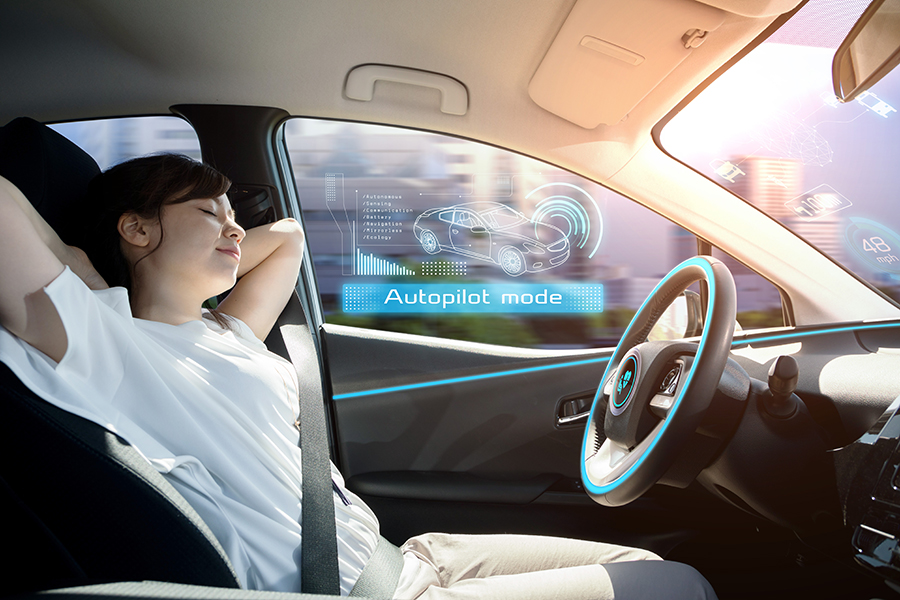 DENVER (March 20, 2019)  – A stark majority of Americans remain afraid of self-driving cars, even a full year after a number of high-profile incidents involving these technologies. That's the takeaway from AAA's annual automated vehicle survey, which found that 71 percent of people are afraid to ride in fully self-driving vehicles – up from 63 percent prior to these incidents.

Per AAA's research, much of this fear stems from consumers' limited hands-on experience with self-driving vehicles, especially as it compares to the exposure generated when these technologies fail.

"Self-driving technology is evolving on a very public stage, and headlines about tragic failures tend to grab more attention than those about incremental successes," said AAA Colorado spokesman Skyler McKinley. "The good news is that once consumers interact with partially or fully self-driving vehicles, much of the mystery disappears – opening the door for greater acceptance."

Many of the cars on the road today are equipped with advanced driver assistance systems (ADAS), the building blocks for fully self-driving vehicles. AAA's research revealed that regular interaction with ADAS components such as lane-keeping assistance, adaptive cruise control, automatic emergency braking, and self-parking significantly improves consumer comfort level. On average, drivers who have one of these four ADAS technologies are about 70 percent more likely to trust these features than drivers who don't have them.

Americans are also much more receptive to the idea of automated vehicle technology in limited applications. About half ( 53 percent) are comfortable with low-speed, short-distance forms of self-driving transportation such as people movers found at airports or theme parks – much like the RTD shuttle recently unveiled at 61st & Peña station. In turn, 44 percent are comfortable with fully self-driving vehicles for food or package delivery. Still, just 19 percent of Americans would be comfortable if a self-driving vehicle was transporting their children or loved ones.

"While fears still run high, our research shows that Americans are willing to take baby steps as they incorporate self-driving technologies into their lives," McKinley said. "Hands-on exposure in controlled, low-risk environments coupled with stronger education will do a lot to ease fears about automated vehicles."

Last year, AAA partnered with the City of Las Vegas, Keolis North America, and the Regional Transportation Commission of Southern Nevada to launch America's first and largest self-driving shuttle to operate in live traffic on open, public roads. More than 32,000 people rode the shuttle during this pilot program and, after their experience, 98 percent of riders surveyed said they would recommend the technology to their friends and family, while 91 percent said that AAA made them feel safer about self-driving cars.

More than half of Americans (55 percent ) think that most cars will have the ability to drive themselves by 2029. While experts agree that a fully self-driving fleet remains decades away, it is a near certainty that more highly automated vehicles will take to the roads in the coming years. The more drivers understand both the benefits and limitations of the technology that is currently available, the better prepared they will be to ride in a fully automated vehicle when the time comes.

AAA is one of the world's most prominent organizations when it comes to the unbiased testing of automated vehicle technologies, as well as researching how related emerging technologies can help reduce or prevent crashes. Previous research includes ADAS technology naming, testing of driver support systems and the annual automated vehicle survey (2016, 2017, January 2018 and April 2018).

A telephone omnibus survey was conducted January 10-13, 2019. A total of 1,008 interviews were completed among adults, 18 years of age or older. A dual-frame approach was used that combined landline and cell phone interviews to ensure that adults who only or primarily communicate via cell phones are included and properly represented. Survey responses are weighted by six variables (age, gender, geographic region, race/ethnicity, education, and landline vs. cell phone only) to ensure reliable and accurate representation of the total continental US population, 18 years of age and older. The margin of error for the study is 4% at the 95% confidence level. Smaller subgroups will have larger error margins.

More than 685,000 members strong, AAA Colorado is the state's most-trusted advocate for the safety and security of all travelers. As North America's largest motoring and leisure travel organization, AAA provides more than 59 million members with travel, insurance, financial, and automotive-related services - as well as member-exclusive savings. For more information, visit AAA.com.