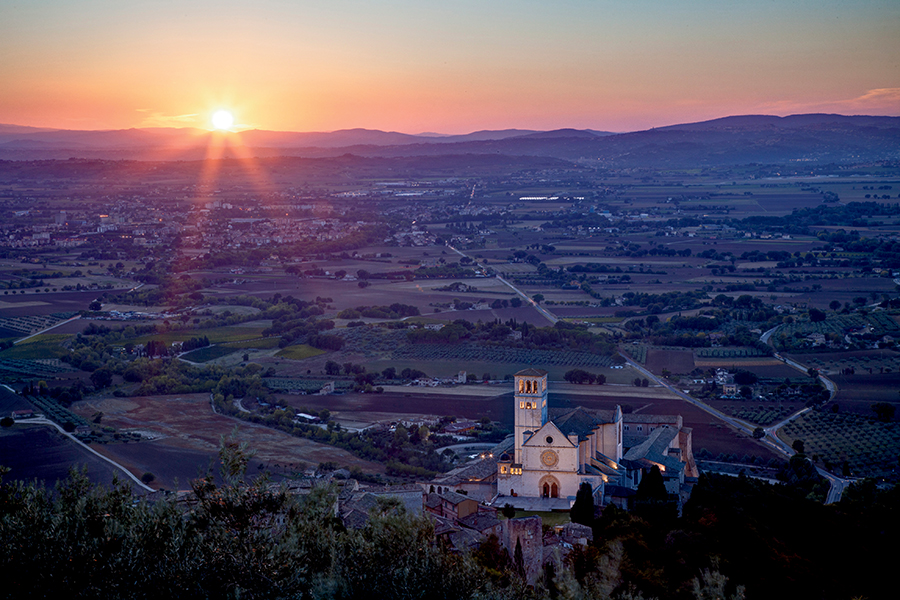 How you travel matters. Those words kept coming back to me as a beautiful chaos swept through a church in Siena, where I was leading what was supposed to be a quiet educational visit. All around me and my fellow travelers on the 2018 AAA Colorado President’s Excursion to Italy, deliriously giddy Italians were running, laughing, crying, singing and waving flags, while carrying a smiling but dusty and bedraggled man on their shoulders. Our visit to the church coincided with the celebration by the victors of that day’s Palio di Siena horse race around the Piazza del Campo. Siena conducts this world-famous spectacle twice a year, in July and August, as horses and jockeys representing the city’s contrade, or districts, race in a heart-pounding pageant of color and medieval tradition.

When we put this trip together to focus on food and wine in Tuscany and Umbria, I knew we would be in Siena in October when the Palio races were over and the crowds that jam the Piazza del Campo were gone. Then about a month before our departure, officials announced a special Palio to commemorate the 100th anniversary of the end of World War I. The race fell on the day we would be in Siena, and there was a good chance we wouldn’t be able to get to Siena’s beautiful and historic main square. It might have been a good day to skip Siena, but we decided to embrace it and ended up in that church when joyous residents of the Tartuca contrada paraded in bearing their winning jockey on their shoulders. Maybe they should have been carrying the horse, since he crossed the finish line without the rider. No matter. Tartuca was declared the winner, and now we were part of their victory, and felt like part of their community.

That’s what I mean when I say that how you travel matters. Seeing the Eiffel Tower from a bus may once have been enough for some people. Today’s traveler wants more, so we curate experiences designed to immerse, enrich and, possibly, transform.

Feast for the senses

I love the great cities of Italy, and this trip included visits to important attractions in Rome and Florence, but I believe that to really grasp the essence of a culture, you need to get out of the cities. That’s especially true in Tuscany and Umbria, where ancient trade routes fostered the development of hill towns that remain culturally distinct, in addition to being both scenically and architecturally stunning.

Since food and wine were the primary focus of the President’s Excursion, we immersed ourselves in both in the bucolic Umbrian countryside about 35 miles from Perugia. I knew that an evening at Casa Vissani would be an incredible dining experience because of the two stars that Michelin regularly bestows on Casa Vissani, but this was so much more than a meal. Plate after delicious plate came out for us to sample and savor, and this was literally just the first taste of a feast for the senses. The stimulating evening combined main courses paired with wonderful wines, and the laughter and easy conversation of traveling companions becoming friends. We must have been there for four hours. We would have been happy to stay all night.

The essence of travel

Chris Keese and fellow AAA Colorado members enjoy a walking tour of Gubbio, one of the most beautiful hill towns in Umbria. “This trip was like spring break for adults,” said Keese. © AAA Colorado/Kathy Maloney

The unhurried pace of that special night epitomizes to me how travel has evolved, for the better when it’s done right. When I started my career in travel, I was a guide on a bus, speaking into a microphone and pointing out sights across Europe and North America. I realized that many people were missing the essence of travel. The reason we go to a destination may be because of what we want and expect to see, but what makes a journey come to life is the people we meet, both along the way and once we get there.

On this trip hosted by Linda Cavanagh, AAA Colorado president and CEO, almost everyone was from the Front Range of Colorado, some of us had friends in common, a few had the same employer, and very quickly it seemed as if we were all longtime friends. Our guide, Matia, was especially gracious, warmly welcoming us to her country and treating us like family even as she educated, entertained and coordinated everything seamlessly.

Looking North from Perugia over the olive groves and rolling hills of Umbria. © John G Wilbanks

By spending four nights in Tuscany and four in Umbria, we seemed to absorb the atmosphere of the pastoral landscape and its timeless towns. Staying at the Castel Monastero Retreat and Spa and admiring its vista of surrounding Tuscan farms and vineyards, it was almost possible to believe that we were a group of 13th century traveling merchants resting at the hilltop monastery, if you could somehow ignore the five-star accommodations and amenities. The feeling was more of being visiting royalty at the Hotel Sina Brufani, a former palace set in the heart of the Umbrian capital of Perugia. What made it all even more memorable was sharing it with people who felt like friends, virtually from our first day together.

AAA Colorado is a membership organization, and our mission is to serve our members. One way we do that is through our special ability to curate experiences our members couldn’t find on their own. Joining a joyous post-Palio celebration in Siena may have involved a little good fortune, but it’s also the result of the care that AAA Colorado takes to set a welcome stage for serendipity. We go to great lengths to ensure that our travelers are doing more than just checking sights off a bucket list. We go deeper, connecting our members to a world that’s so much richer than a collection of sights.

I have seen people’s lives transformed through travel. I’ve seen them moved to the point of tears. I’ve even had a couple who met on one of my trips decide to take a lifelong journey together by getting married. Something wonderful is waiting for you, but how you travel matters.  I know you’ll see what I mean when you join us on a future journey. 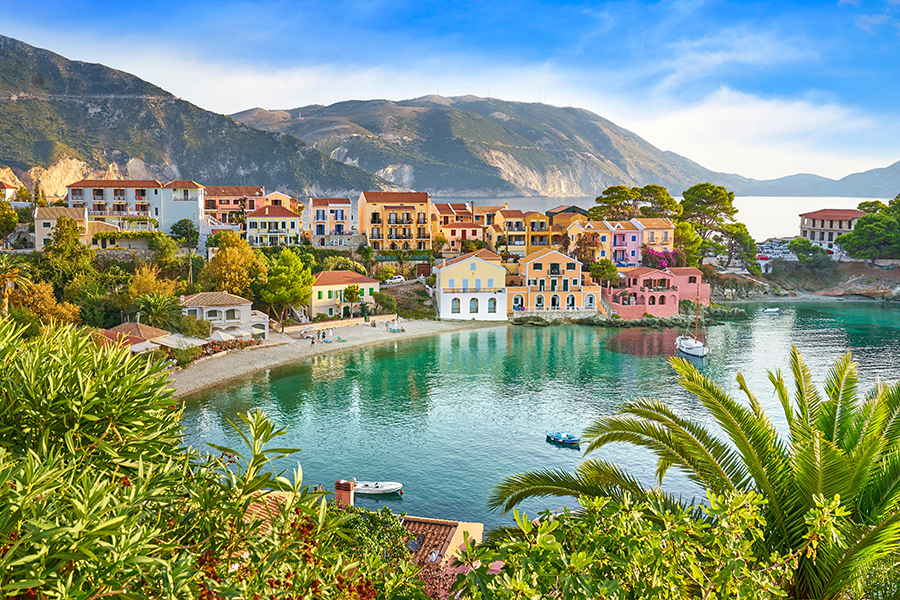 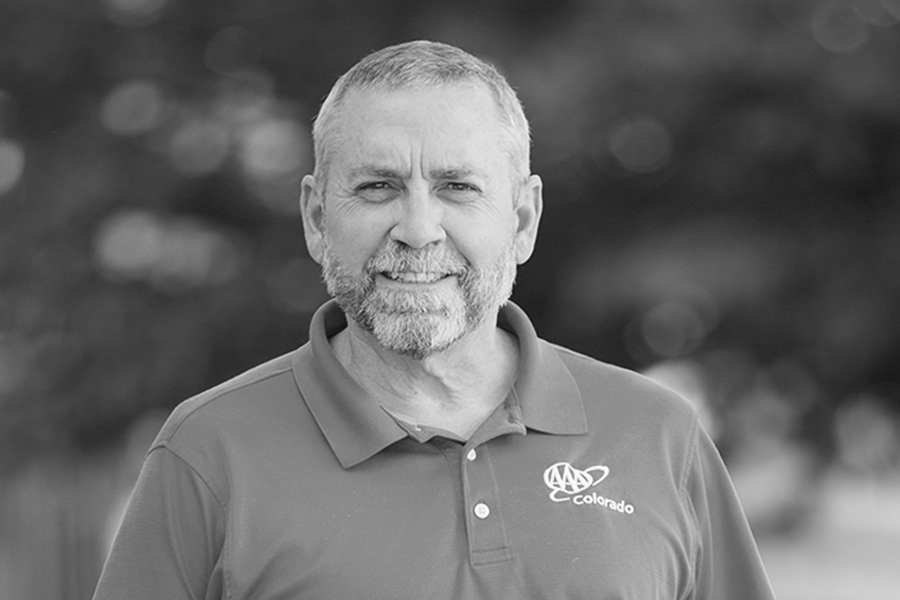 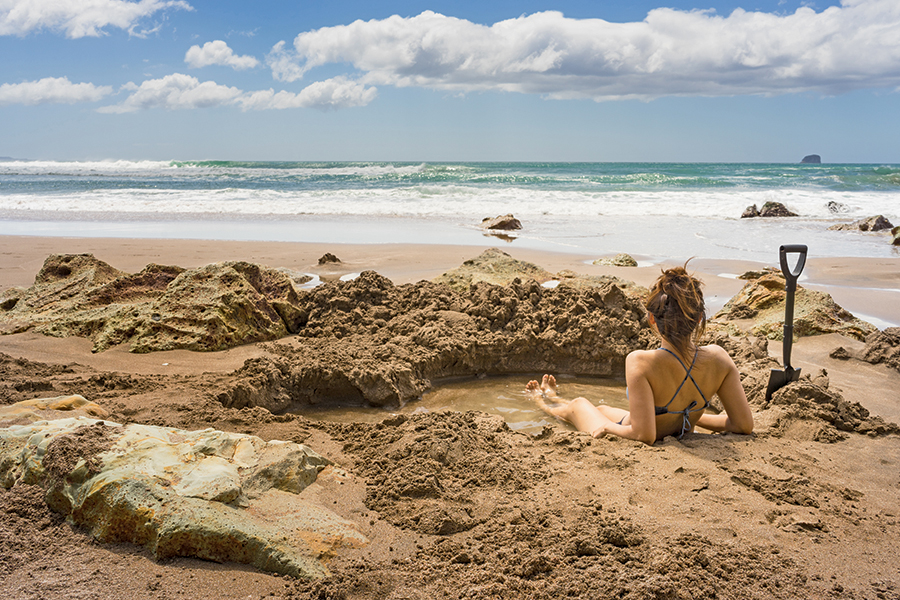 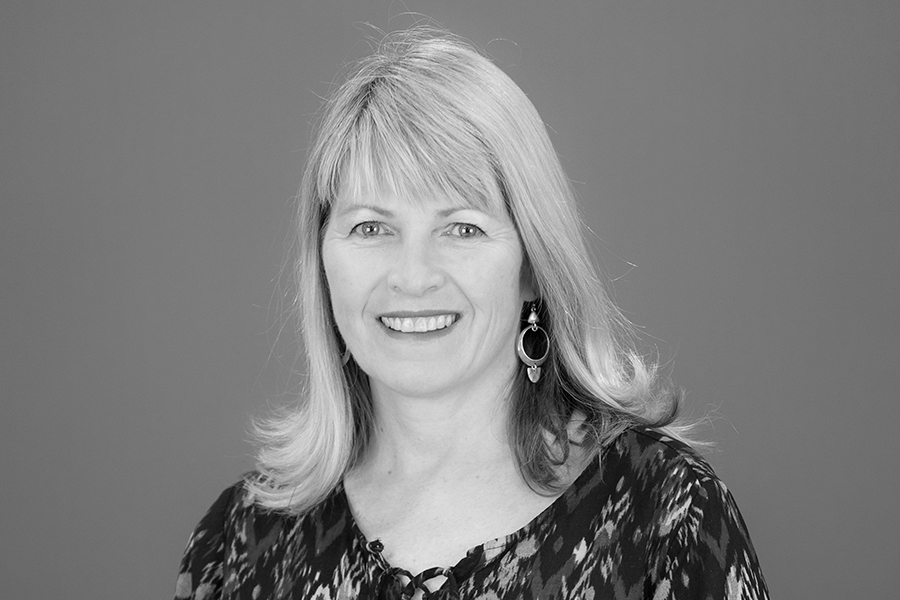