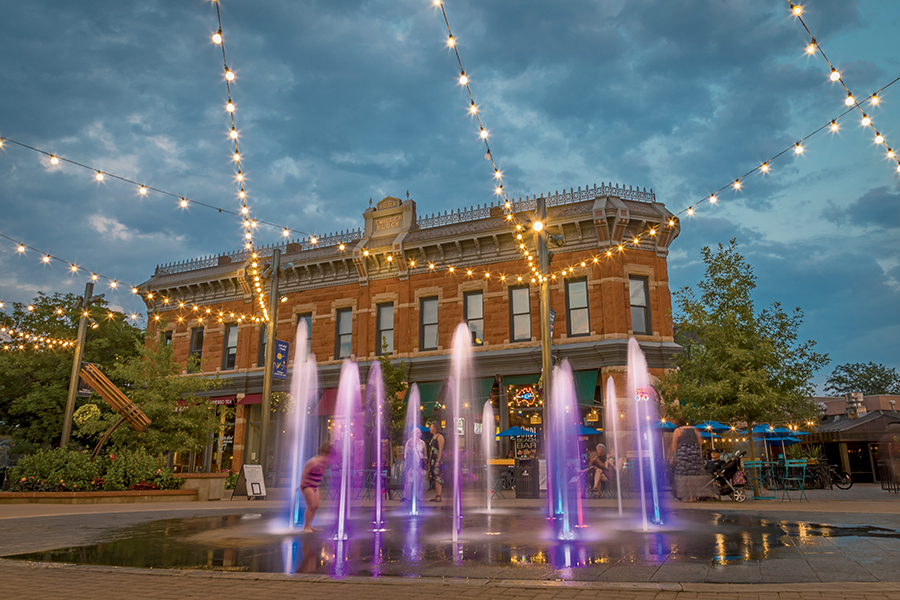 Many colorful threads weave their way through the fabric of Northern Colorado’s story, running as deep as the lakes and rivers that dot the landscape. The narrative is filled with art and music, but also hard work and tenacity.

More than five years ago, a 100-year-flood left the area covered in water from the Big Thompson River, and the resulting recovery work didn’t wrap up until 2018. Construction on Highway 34 had a large impact on the Loveland businesses that front this major thoroughfare that connects the region to Rocky Mountain National Park. Work is now complete, and the area looks forward to a robust future, both for residents and visitors.

Change has been a major part of the story of Northern Colorado, not only in terms of growth, but also how each city has evolved. While many important things have remained the same, a transformation has certainly occurred, and I’ve witnessed these changes with my own eyes.

Loveland's love of the arts runs deep. The “Persistence of Vision” sculpture outside the historic Rialto Theatre, honors the late Phyllis Walbye, former arts editor of the Loveland Reporter-Herald, whose childhood love of films grew into a career. © Jason McSherry

Sixteen years ago, my husband and I became part of Northern Colorado’s story when we moved from Denver to Loveland. Influenced by the book, 100 Best Small Art Towns in America by John Villani, we drove through downtown Loveland’s 4th Street in May 2003. We immediately saw why Loveland is listed as the inspiration for the book. Large trees provided shade for the bronze sculptures that lined the streets, giving the city a distinctively creative ambiance.

Loveland is best known for sculpture, and the bronze shapes that dance at Benson Sculpture Garden—the site of the renowned, juried art show Sculpture in the Park, which occurs each August. In addition, downtown is speckled with bronze figures that stand like sentinels in flower beds and pocket parks. Taking photographs of the sculptures nestled among bright blooms is one of my favorite summer pastimes.

Home to several foundries, sculpture put Loveland on the map, but public art has expanded beyond the sculptures. Today, murals brighten old buildings in downtown, and other expressions of art can be seen in the town’s many galleries.

Once a playground for retirees, Loveland has become a destination for young families who find affordable housing and a welcoming community. On any given weekend, 4th Street—the historic center—bustles with a lively restaurant scene, a historic theater, a new cinema, as well as a new downtown hotel is slated to open this fall.

Local farmers come from all over the region to share their homegrown produce at the Loveland Farmers Market every Sunday through October. © Jason McSherry

The Sunday Market at Old Fairgrounds Park, just south of downtown, is a cornucopia of sound and color that draws in visitors with the smell of roasting green chiles. I enjoy perusing the market’s lavender purveyors, vegetable sellers, flower peddlers, and mushroom merchants. This market is quintessentially summer and has become a local tradition that makes a small dent in my pocketbook each time I visit.

A significant addition to downtown Loveland is a new parking garage. Like many other cities, parking has always been a hot button issue. The parking garage is a game changer for both visitors and local business owners downtown.

I grew up with the Pacific Ocean on my doorstep, and while I love Colorado’s mountains, I miss the water. Before moving to Loveland, we hadn’t realized how much water is in the region. Lake Loveland is a blue jewel in the middle of the city, while the Big Thompson River runs through the south side of town. To the east, Boyd Lake is a summer draw for boaters, floaters, and fishermen. Plus, there are plenty of smaller lakes sprinkled around the city.

Greeley may be the most underestimated city in Northern Colorado, yet they are doing groundbreaking things—one of which would have their teetotaler founders rolling over in their graves.

Since 2013, Greeley has allowed the consumption of alcohol out-of-doors within the boundaries of its Go-Cup Entertainment District during Friday Fest, which runs June through September.

Friday Fest is one of our favorite summer activities and still a secret to those living outside of Greeley. The weekly event features two bands, as well as animated street performers who, depending on the evening, may paint, play with fire, or dance, and occasionally do all three. Friday Fest draws locals and visitors to several lively, walkable blocks of downtown. Families push strollers, toddlers dance alongside grandmas and grandpas, and couples walk hand-in-hand down 9th Street as the sun sets.

Greeley’s Go-Cup policy has elicited calls from towns across the state asking the Downtown Business Development Authority how they might establish a similar Entertainment District in their community.

The city is filled with artistic surprises around every corner. Murals seem to pop up everywhere, from the downtown alleyways to the backs of obscure buildings. It has become a goal to discover a new mural each time I visit.

The subjects range from amusing to thought-provoking, with some paintings influenced by the city’s rich cultural history. For instance, the School of Music at the University of Northern Colorado offers award-winning and internationally recognized programs, and Greeley is home to the first orchestra in the Rocky Mountain region.

Tall, colorful sculptures have been used to create a comfortable walking route that ties the university campus, which lies just over a mile away, to downtown. The city adorned the sidewalks along 8th Avenue with whimsical, modern sculptures and added bump outs.

In addition to a renowned brewery industry, Greeley has a fantastic food scene. I recently did a taco tour of the city with the owners of Luna Tacos & Tequila. I now know firsthand that the taco scene here is deliciously strong.

It’s not just tacos that foodies will love, this city may have one of the most eclectic collections of cuisine in Colorado. From African restaurants to pho bistros to some of the best Mexican food around, this is the place to come for a unique food experience.

The fourth-largest city in Colorado and the largest city in Northern Colorado, Fort Collins is a college town with class, pizzazz, and a little magic. Trendy restaurants have been opening here at a staggering rate, and a fancy new hotel graces downtown, yet just last year, I snapped a photo of two cowboys riding skateboards down main street.

The city’s agricultural past blends seamlessly with its modern-day charms at Jessup Farm Artisan Village. This farm, and its renovated buildings, represent a preserved piece of Fort Collins’ past. Located southeast of downtown, Jessup Farm is a favorite gathering spot with two restaurants, a brewery and coffee shop, a barber, and several retail outlets. We can’t pass it without stopping in for a beer at Jessup Farm Barrel House located in a 133-year-old barn.

Long known as Colorado’s beer capital, Fort Collins draws beer enthusiasts from around the world to sample its sudsy creations, and new craft breweries still open every few months. But beer isn’t the only story here. Music and art play a big part of the city’s narrative.

Sounds of a drum or piano are a constant in Old Town Square. Like many people who’ve had a couple classes, I’ve sat down to plunk out a few tunes on one of the public pianos in downtown. They are part of Pianos About Town, a collaborative project by the City of Fort Collins, the Bohemian Foundation and the Downtown Development Authority.

Murals adorn the sides of many buildings, such as the work by Italian muralists, Peeta, in the Old Firehouse Alley. There are many venues around town that are host bands. The Magic Rat, inside The Elizabeth Hotel, is a more recent hot spot for music. The Elizabeth pays homage to the city’s musical predilections by providing record players in each room as well as a vinyl and musical instrument lending library for guests.

Fort Collins’ most popular music venue, The Mishawaka (“The Mish” to its fans), located just west of town on Highway 14, began its reputation more than 100 years ago as an outdoor music destination on the Poudre River, where nationally recognized bands perform in the 950-seat amphitheater beneath the stars. Locals also know that the restaurant serves up great burgers and cold, craft beer.

Little parking is available at The Mish so getting here on a concert night is an adventure. Bus rides from Colorado State University to the venue are encouraged and part of the experience of attending a show here. It’s worth it because dancing to live music under the night sky with a few hundred friends is a concert memory that can only be made at The Mish.

Despite the many changes that have occurred in this region, or perhaps because of them, new threads have been added to its narrative, making the fabric of Northern Colorado stronger. It’s a mix of old and new that suits residents like me just fine. It’s also a blend that makes these cities—Loveland, Greeley, and Fort Collins—destinations worth visiting.

Heidi Kerr-Schlaefer is a freelance writer living in Northern Colorado and the founder of HeidiTown.com, the place for entertaining travel and festival stories. 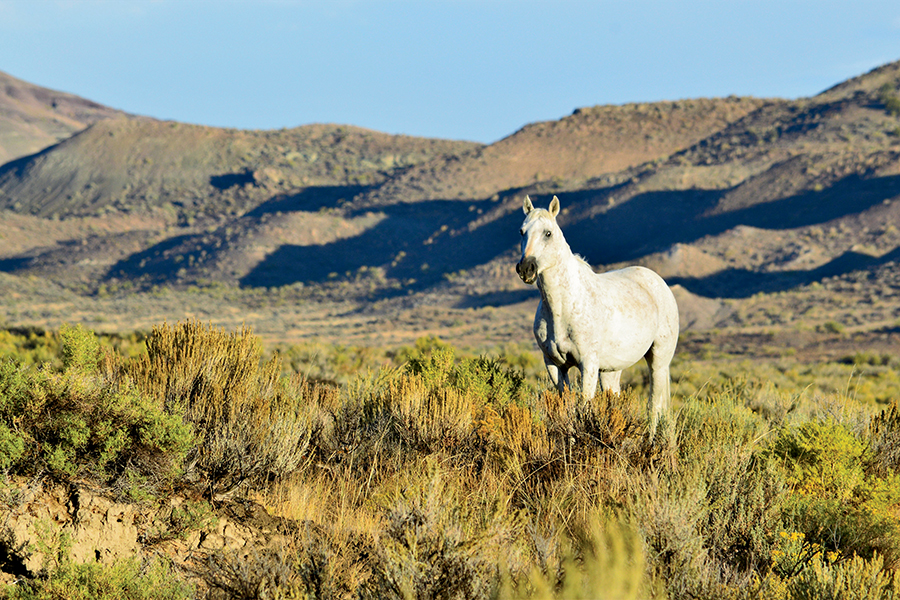 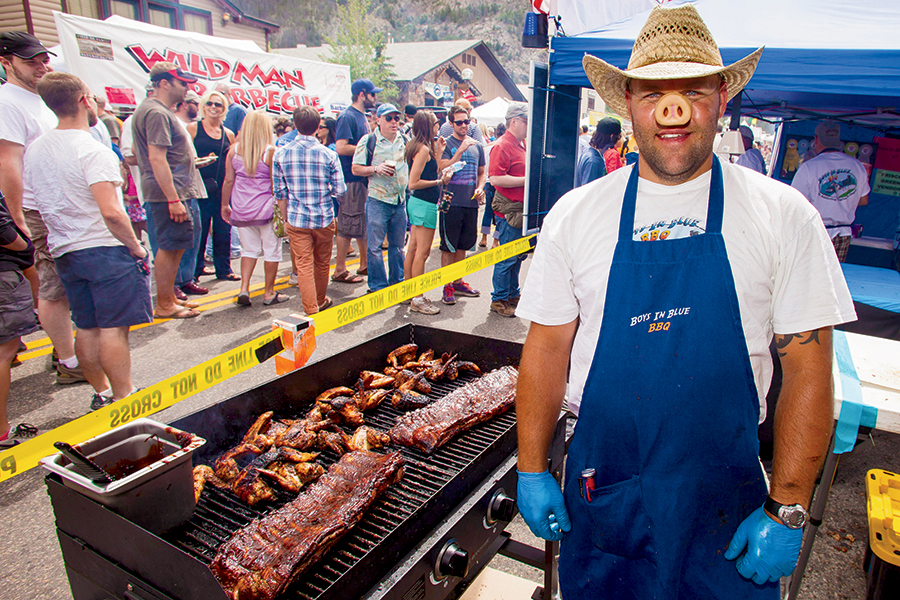 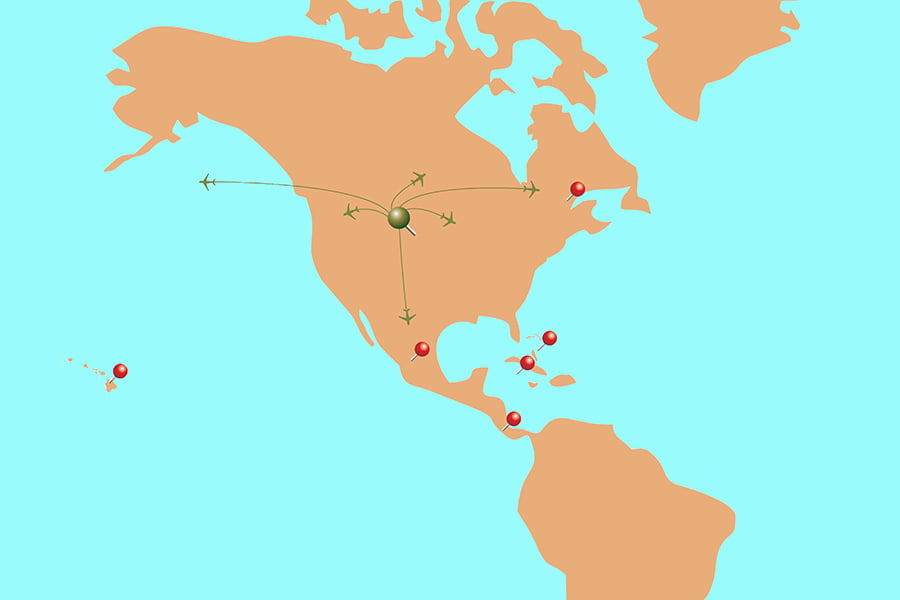