Gold Rush Photo Contest: And the winners are … 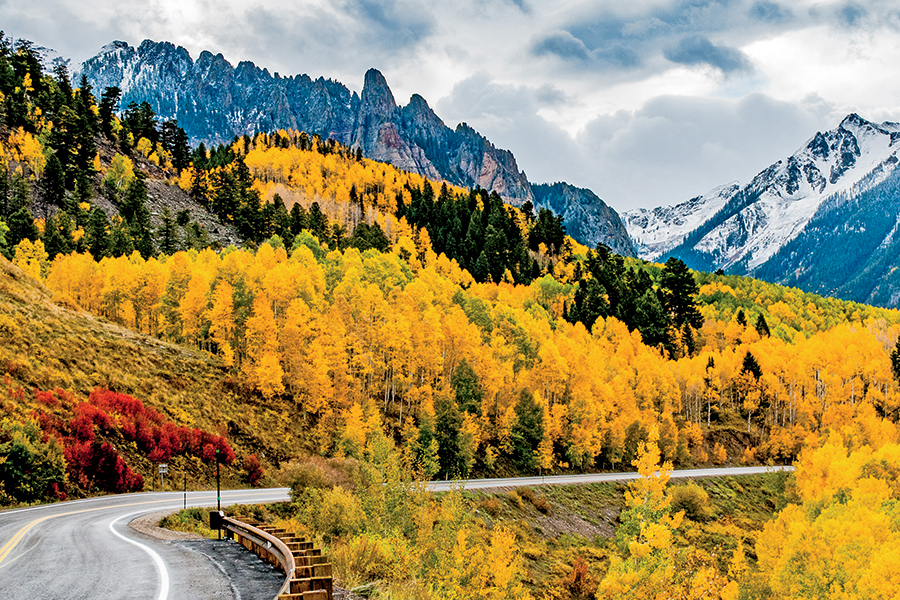 The beautiful images you see on these pages, and on the cover, were taken by AAA Colorado members like you and submitted in response to our new annual contest—the Gold Rush Photo Contest.

EnCompass received hundreds of entries, and we’re honored to have selected this year’s first place winner is Erwin Turner of Boulder, whose image of Crystal Mill won him, not only a place on the cover, but a $500 cash prize. EnCompass Editors also judged the 2nd and 3rd place winners, who won $300 and $200, respectively.

We hope you enjoy this tour of Colorado’s autumn color as much as we did.

John and his wife, Barbara, went to Telluride specifically to view the fall colors. While traveling along Colorado Highway 145 towards Lizard Head Pass, John safely pulled off to the side of the road to capture this fall scene using his Nikon D200 camera. “We had never been to Telluride before, so we spent a couple of days hiking and driving around the area. We were fortunate to have a light snow fall in the mountains which contrasted nicely with the fall colors,” John tells EnCompass. “I took this shot because I liked the way the road curves and leads the eye into the scene.”

Erwin and his wife, Lisa, like to visit the Crested Butte region frequently in the fall because of its scenic beauty. On a recent trip, Erwin photographed the iconic Crystal Mill near the ghost town of Crystal, a few miles east of Marble, with his Canon 5D III camera. “Built in 1893 as the Sheep Mountain Power House, the mill used the river to power an enormous air compressor that ran drills in the nearby Sheep Mountain and Bear Mountain mines,” Erwin tells EnCompass. “Although this 4-wheel-drive road is rough, this site is an iconic representation of Colorado. I was fortunate that even though snow had recently fallen, the trees were still brilliant.”

Robert and several friends were touring the Telluride area to view the fall colors, when they passed this site on the way to the airport. “The natural beauty of this scene startled and captivated us,” Robert tells EnCompass. “I pulled to the side of the road, and using my Nikon D3300 DSLR camera, I captured the beauty of this moment, as the abandoned barns, the rocks, trees, and sky produced such unique layers of texture.”

Every year, MaryAnne and her husband drive to the top of Red Mountain Pass, near a pull-off leading to Crystal Lake, for a short hike and to take in the fall colors. “This spot, just off U.S. Highway 550, is a very popular for hikers, fishermen, and photographers,” MaryAnne tells EnCompass. “There is a nice one-mile hike that is fairly flat and isn’t far from Durango. I always bring my Nikon D7100 camera along when I know we are going here—it’s pretty all year long.”

Rich and his wife, Barbara, take an annual trip along Colorado Highway 62, west of Ridgway, over the Dallas Divide. “This is a popular photo spot and it’s easy to get a pretty picture using my Nikon D5000 camera,” Rich tells EnCompass. “What’s hard is catching good sun, turning aspens, and keeping other photographers out of your picture. This time it was perfect, even with a lot of other camera shutters clicking.”

Gary and his wife, Lorrie, were driving though La Plata Canyon, just outside Durango, during the peak of the wildflowers to take their dogs for hike at Taylor Lake when he noticed a spot of aspen groves that he thought would look spectacular in the fall. “I was photographing some of the fall scenes in our county, and remembered the earlier drive through La Plata Canyon,” Gary tells EnCompass. “I had taken some nice pictures up the canyon with my Canon EOS Rebel xTi camera, and as I was heading back down, my eye caught this path, beautifully carpeted with aspen leaves. I loved the way the leaves led the eye up the trail.”

Jill and her husband were driving along the San Juan Skyway between Durango and Silverton to capture the fall colors with her Canon PowerShot G10. “There are some places along the Skyway where the aspens are brilliant orange and gold,” Jill tells EnCompass. “We had to stop and soak it all in.”

Margaret was riding her mountain bike with a small group of cyclists along County Road 730 from Gunnison to the summit of Ohio Pass—a trip she takes almost every year during the fall to view the gorgeous aspen forests—when she captured this magnificent shot with her Panasonic Lumix DMCZS40 camera. “The backdrop of this mostly dirt road is the Castle peaks,” Margaret tells EnCompass. “I believe it is one of the most classic Colorado journeys a cyclist can take to witness the seasonal change and the rugged beauty of the Crested Butte area.”

Andres and his wife took a fall trip with her parents to explore Ouray, Silverton, and Durango early last October. Part of their trip included spending a day on the Durango & Silverton Narrow Gauge Railroad to see the brilliant display of yellow aspens. “The views from the train ride were stunning, and I thought it would make a beautiful photo to capture the steam engine coming around a corner with all the fall colors enveloping it,” Andres tells EnCompass. “I scouted out several sites, and found this perfect spot with a combination of beautiful fall foliage and good lighting. As soon as the train rounded the corner, I put my Nikon D5300 camera to work using different settings and came out with this photo as my favorite one.”

This was fun! Let’s do it again!

The contest was so much fun for AAA Colorado members, and EnCompass Editors, that we’ll do it again in 2019! Don’t miss this year’s autumn color in Colorado—aspen or cottonwood—and consider including yourself or others (with their permission) in the photo enjoying the scenery.

SUBMIT your best autumn color image for a chance to WIN up to $500 and appear in the September/October 2019 edition. Deadline for entry in the Gold Rush contest is Midnight MST, April 8, 2019. Visit AAA.com/encompass for complete contest rules.

Last year, we featured three Colorado Front Range hotels that offer an extra-special dose of holiday magic. Here are a couple more that dazzled the author and his family. 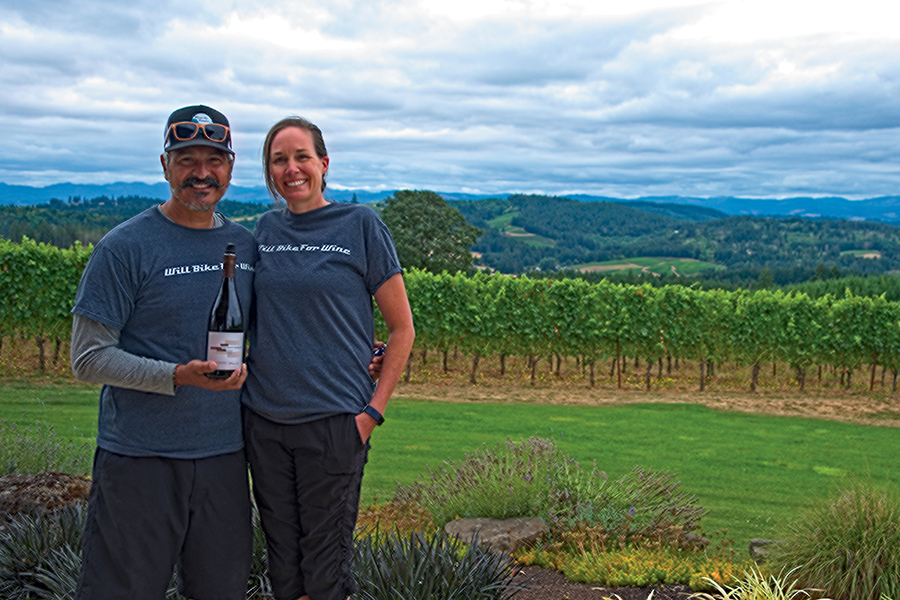 Oregon’s Willamette Valley, the state’s “Wine Country,” offered the author the perfect respite from the monotony and isolation of COVID-19. 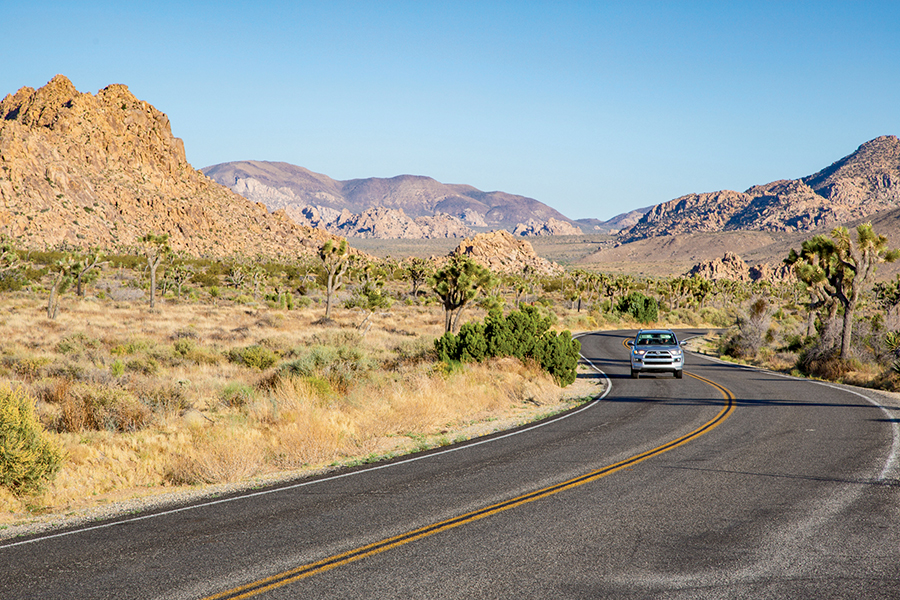 The road through California's Joshua Tree National Park winds through some of the park’s most scenic landscapes, with numerous places to pull over and enjoy the scenery. © Eric Lindberg

Home to cities such as Palm Springs, Desert Hot Springs, Indio, Palm Desert, Coachella, and Rancho Mirage, this area has reinvented itself and embraced its hipness in a way not seen since the glamour... 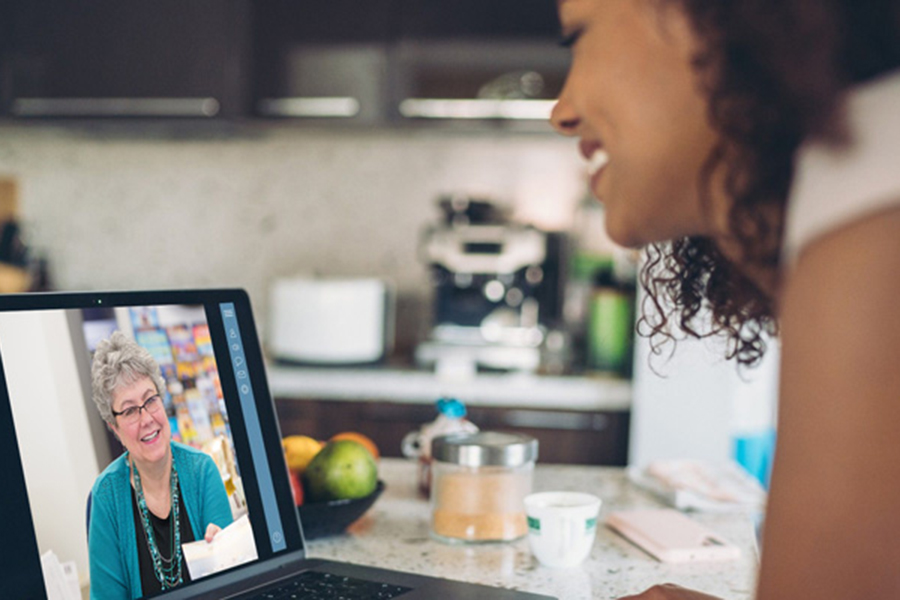 The Travel Insider: (Video) Talk with an expert

Joe announces the creation of AAA Colorado’s new virtual travel agency, where you can safely make appointments by video from the comfort of your own home and get travel advice and assistance by...