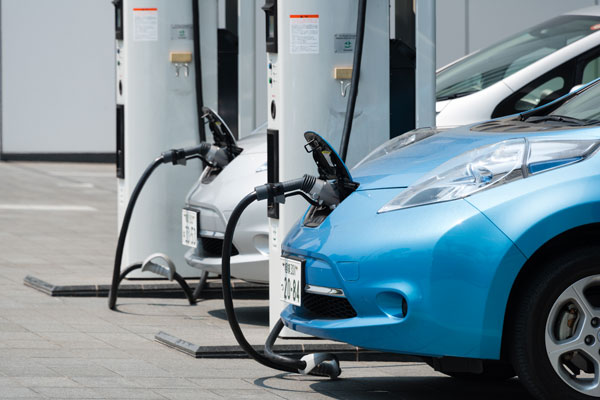 DENVER (Jan. 22, 2020)  – New research from AAA finds that over five years and 75,000 miles of driving, the annual cost of owning a new compact electric vehicle is only slightly more expensive – about $600 annually – than its gas-powered counterpart, despite steeper sticker prices and higher depreciation costs. Importantly, the study also revealed that the most significant concern surrounding an electric vehicle – range anxiety – eases considerably after purchase.

Per new AAA survey data, prior to owning an electric vehicle, 91 percent of owners said they had at least one significant concern about these vehicles generally – including insufficient range, inability to plan for long-distance trips, and difficulty finding a place to charge. Many of these worries disappeared after purchase. This suggests a perception problem: If consumers have a better understanding of the actual cost and experience of owning an electric vehicle, the gap between expressed interest and adoption should begin to close.

"While 40 million Americans have signaled an interest in buying electric for their next car, the actual adoption of these technologies is happening much, much more slowly," said AAA Colorado spokesman Skyler McKinley. "With this research, we've begun to explore what the experience of owning an electric vehicle has on perception of these cars and, perhaps more importantly, whether consumers would choose to go green again."

AAA's survey of electric vehicle owners, 71 percent of whom had not previously owned an electric car, revealed some interesting results:

Perhaps the most surprising result of the survey was the impact ownership has on commonly held fears about electric vehicles, particularly those that have deterred consumers from making the leap to green. Previous AAA research has found that the top two reasons why Americans shy away from electric vehicles are not enough places to charge (58 percent) and the fear that they will run out of charge while driving (57 percent).

Almost all owners surveyed (95 percent) report never having run out of a charge while driving . On average, they do 75 percent of their charging at home. As a result, those who were originally concerned about insufficient range said they became less or no longer concerned post-purchase (77 percent).

Still, Colorado drivers take note: Hilly and mountainous terrain and cold weather can significantly reduce an electric vehicle's potential range – and Colorado has plenty of both. Prospective electric vehicle buyers should evaluate how often they face these conditions in the understanding that advertised ranges may not accord with Colorado's unique motoring landscape. For this reason, AAA Colorado was proud to introduce the nation's first dedicated electric vehicle charging truck in 2015.

Driving Costs
Employing the same methodology used for its annual Your Driving Costs study, AAA calculated the costs for owning a new compact electric vehicle as they compared to those of a comparable gas-powered vehicle. While the study found that the overall cost of electric vehicle ownership is eight percent more per year, individual categories such as fuel and maintenance/repair are lower.

Vehicle ownership, whether electric or gas-powered, is a personal choice that should take many factors into consideration. For consumers who are interested in electric vehicles, AAA recommends visiting a dealership, test driving one, and asking as many questions as possible to make an informed decision.

The electric vehicle and internal combustion engine driving costs in this study were established using the proprietary methodology employed for AAA’s Your Driving Costs (YDC) project. The 2019 electric vehicle models selected for this study were:  Chevrolet Bolt (LT), Hyundai Ionic Electric (Base), Kia Soul EV (+), Nissan Leaf (SV) and Volkswagen eGolf (SE). The 2019 internal combustion engine vehicles selected for the comparison were:  Chevrolet Cruze (LS), Honda Civic (LX), Hyundai Elantra (SE), Nissan Sentra (SV) and Toyota Corolla (SE). This methodology models the purchase of a new vehicle for personal use over a period of five years and 75,000 miles. A copy of the 2019 AAA Your Driving Costs brochure with the latest study results is available at https://bit.ly/35I5GG8.

The survey of electric vehicle owners was conducted using a consumer panel maintained by a third-party electric vehicle research firm. The online panel consists of more than 40,000 electric vehicles owners, weighted to balance drivers by vehicle type, make and model. In total, 1,090 surveys with plug-in electric vehicle (PEV) owners were completed during a 24 hour period on October 1, 2019.